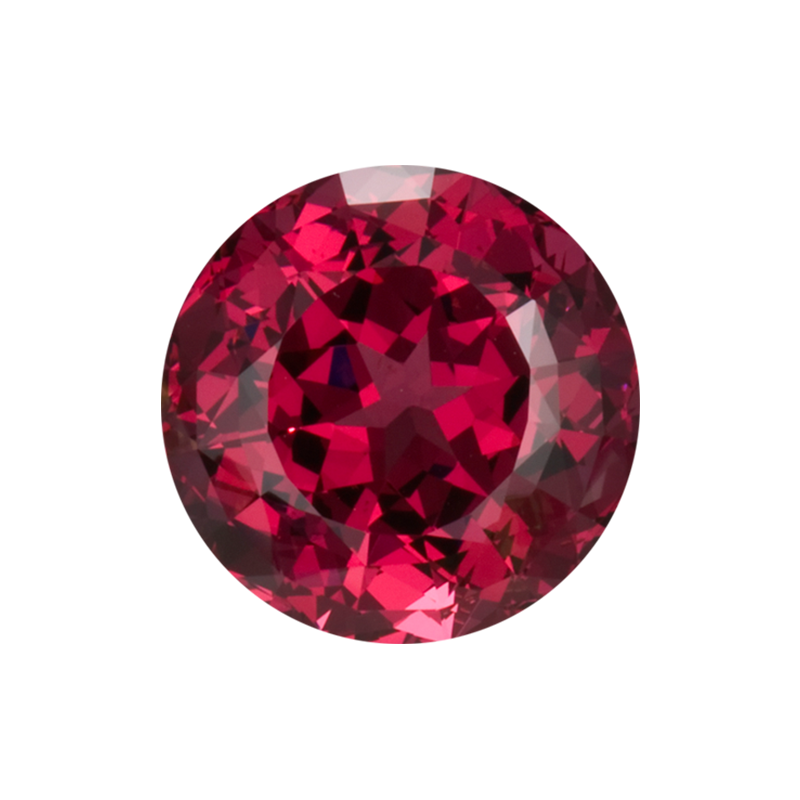 The name garnet comes from the medieval Latin “granatus,” meaning pomegranate, in reference to the similarity in color. Thousands of years ago, red garnet necklaces adorned the necks of Egypt’s pharaohs, and were entombed with their mummies as prized possessions for the afterlife. In ancient Rome, signet rings with carved garnets were used as seals to stamp the wax that secured important documents. Centuries later, during Roman scholar Pliny’s time (23 to 79 CE), red garnets were among the most widely traded gems. In the Middle Ages (about 475 to 1450 CE), red garnet was favored by clergy and nobility.

Garnets are a set of closely related minerals that form a group, resulting in gemstones in almost every color. Pyrope and almandine range in color from purple to red. Spessartine is found in a variety of oranges and yellows, while andradite is mostly yellow to green. Grossular has perhaps the widest color range of any garnet species, from colorless through yellow to reddish orange and orangy red, to a strong vibrant green called tsavorite.

With many different garnet species, the sources for this gem vary. Idaho produces primarily almandine garnets which can be found throughout the state but the gem quality garnets are only found in northern Idaho. Most tsavorite garnet comes from the East African countries of Tanzania, Kenya and Madagascar. Russia is recognized as the source for high-quality demantoid garnet.

Care and Cleaning
Warm, soapy water is always safe
for cleaning garnets. Ultrasonic
cleaners are usually safe except for
stones that have fractures. Steam
cleaning is not recommended.